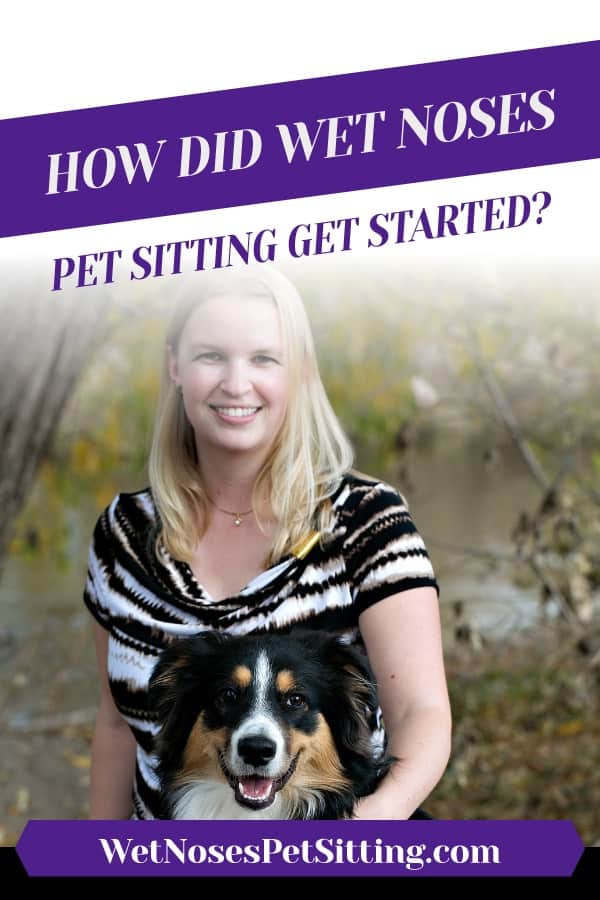 “How did you get started with that?”

When people learn that I own a pet sitting company, the most common question is “How did you get started with that?” A lot of people pet sit, but very few have a large, professional company that has been operating for more than a year or two. Many people get burned out long before that, or do not have enough experience to really handle the difficulties of a company such as this.

A little about me

I am Liana, the owner of Wet Noses Pet Sitting. Just like many young folks, I grew up watching my neighbors pets and homes when they were on vacation. I volunteered with different rescues doing foster care and on-site work. When I was 16 I had my first job at the Larimer Humane Society. That was followed by various other positions in animal related businesses. I love working with animals and never considered taking a job in another field.  During my years working in these various job, I began to slowly gather casual pet sitting clients.

It was over the Christmas of 2009, I realized I had too many clients. Up until then I was still working in other jobs and pet sitting on the side. This was the first holiday when I had to turn people away. I had to take time off of work for my pet sitting. It was a hard year for me because all of these people and their pets were family. I did not want to send them to another pet sitter. At that point I really had to make a decision about whether I wanted to continue the way I had been, pet sitting in my free time, or take the leap and start a business.

In March of 2010, we turned it into a professional pet sitting company and added sitters. Originally named Sidehill Sitters after the neighborhood where I was living at the time. In 2016, we decided to change the name to Wet Noses Pet Sitting and here we are today!

Summer Activities With Your Dog
Scroll to top
Newsletter Registration