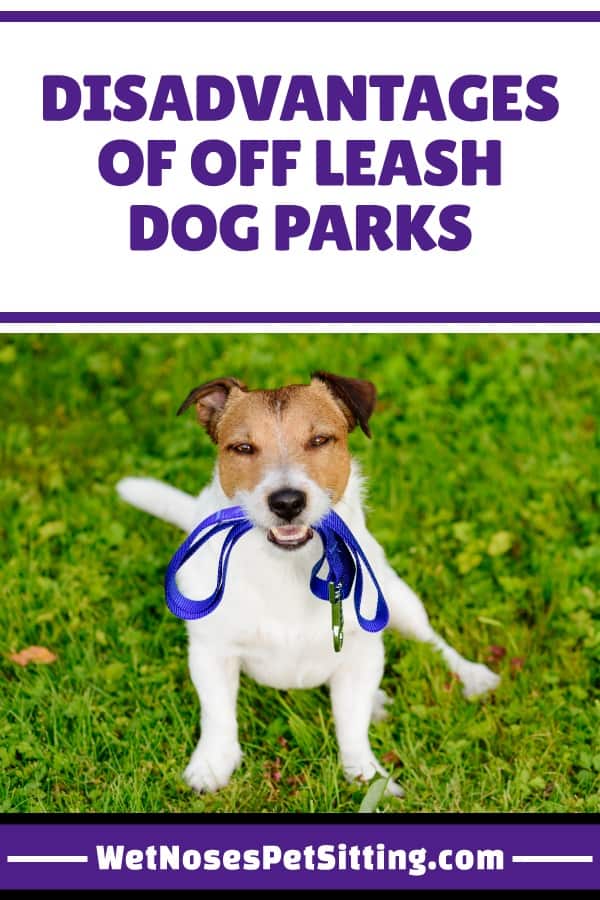 Last week we talked about how dog parks can be a great place for your dog to get exercise. Not to mention socialization while free from the constraints of their leashes. However, there are some serious disadvantages of off leash dog parks that you should be aware of before you head out to one.

Of course, one of the first things dog parents often worry about is their dog’s safety when around a big group of dogs. It is possible that your dog could get picked on my more aggressive dogs. And fights can break out. While this doesn’t happen all the time, it is certainly a possibility. Also, it’s possible that your dog can pick up bad habits from 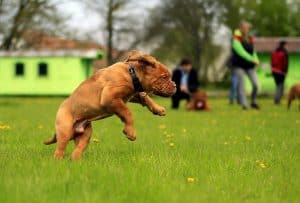 other dogs; like fear, nipping, aggression or ignoring commands.

Sometimes dog owner’s at the park just aren’t that responsible; they just drop off their dog in the park and retreat into their smart phone or cars. And what more is that all to often these are the dogs with the biggest behavioral problems. Also, some owners show a blatant disregard for park rules such as cleaning up after their pet or using the proper gates and areas.

Potential illnesses due to parasites or transmittable diseases

Another real disadvantage of off leash dog parks is the chance your dog could get sick. Fleas, ticks and other skin irritations from parasites can be picked up from other dogs. But more serious illnesses such as kennel cough and intestinal parasites like roundworm or hook worm can be picked up from waste that neglectful owners leave at the park.

Thankfully, this is a danger you can assess pretty well before deciding to go into the park. Make sure there are no broken fences or run down agility equipment that could let your dog escape or get injured. Also, a good park will have an area for both large dogs and small dogs so that they aren’t all together in one large area.

When deciding if an off leash dog park is right for you and your fur-baby, it’s best to weigh the advantages and drawbacks. One park may be perfect for your dog while the one just down the street from it isn’t as nice. Making sure your dog has proper tags and all of their vaccinations are a must when visiting a dog park, or going out with your dog in general.

What’s your favorite dog park in the area? Sound off in the comments and let us know!

Why Does My Dog Not Like the 4th of July?
Scroll to top
Newsletter Registration